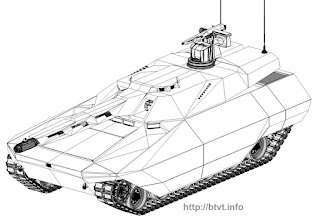 The German company Rheinmetall has developed a project for a new generation of the future main combat platform, known as Main Ground Combat System (MGCS).
The crew of the tank consists of 2 people and is placed in an isolated capsule in the hull. The idea of 2-man tank was offered and tested in the end of 80-s during EGS program (Krauss-Maffei Wegmann).

Protection of the crew from above is provided by overlapping placement of elements of the turret and gun.  The engine is located in the front of the hull, the fan cooling system is located in the aft hull. It is evident that the platform will use most of the components of chassis from KF41"Lynx" presented at the exhibition "Eurosatory" in 2018.
In the aft part of the hull there is also a compartment where it is possible to transport additional ammunition or a landing force. 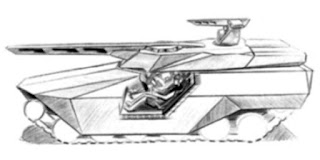 Sketch from the presentation of "Rheinmetall". 1-st time the design of future tank was shown. 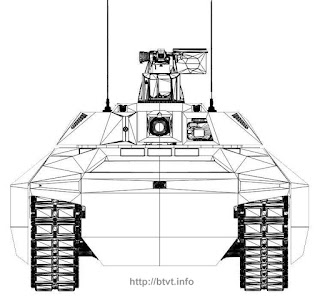 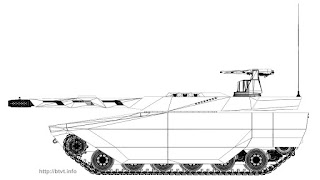 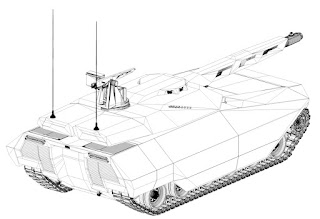 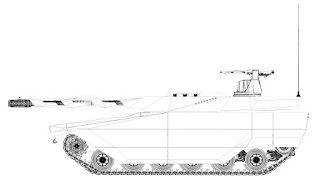 The tank has unmanned turret with the placement of ammunition in two mechanized stowage at the rear side of turret. This improves survivability of ammunition in case of armor penetration.
The main armament may consist of a prospective 105 SB or 120 RH gun using an electrothermal-chemical gun (ETС) method of charge ignition. 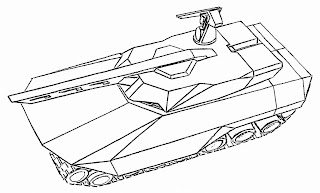 The main advantages of ETС technologies when used in artillery systems are: an increase in the initial velocity of the projectile to 20%; increased shooting accuracy; provision of guaranteed ignition of modern fire and explosion proof powders.
It is also mentioned by "Rheinmetall" that a new gun may be installed on the future platform. 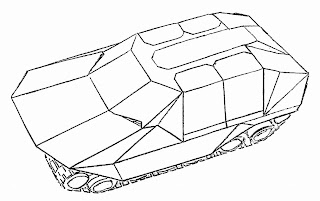 Possibly a transport-loading vehicle on the same chassis, 2 ammo stowage are placed on each side of the superstructure. Extendable materiel handling equipment is placed at the center.

Thanks to the five wide-angle prismatic sights, there is a good view from the crew working stations in the forward hemisphere.  The panoramic view was realized by installing the television cameras around the perimeter of the turret, which would allow the crew placed in hull to carry out a 360 degree observation, literally, “through” the hull with information output to the helmet indicator or displays. 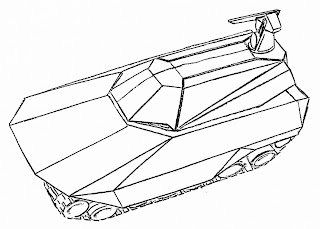 The Rheinmetall approach reflects the modern vision of a future combat vehicle in the leading technologically advanced countries – compact, relatively light and high-tech.  The crew of the vehicle will consist of a crew of two people, whose range of tasks they will try to minimize.  People will only have to make decisions, while the rest of the work for them will be done by automated systems.